Starbucks Frappuccino: Where it comes from and how to make it yourself

The Starbucks Frappucino is cold, sweet and looks good – so it’s a real summer drink. In addition to a caffeine kick, the Frappuccino is also refreshing and looks great at any summer party. But you don’t have to buy it at Starbucks – instead, you can simply make the coffee speciality yourself.

The first Starbucks opened in 1941, when it was just a single shop named after the helmsman Starbuck from “Moby Dick”. Owners wanted to recall the tradition of the first coffee traders who brought the beans to America by sea.
Later, company leader Howard Schultz became aware of that country’s coffee beard tradition during a visit to Italy. He decided to transfer the idea of the coffee house to his home country. The idea was to create a place between home and work where people could relax and socialise.

Starbucks near me: Following the hype

Starbucks currently operates more than 15,000 coffee shops in fifty countries. This makes it the largest provider of coffee specialities in the world. Whether Starbucks in Hamburg, Starbucks in Cologne or Starbucks in Frankfurt – they are everywhere. The Starbucks website gives you the opportunity to find a bar near you.
There you can order one of the many specialities that have triggered the great hype about Starbucks. There are always limited editions for a season or a few weeks, such as the summery Pink Drink or the autumnal Pumpkin Spice Latte. Among the drinks that are always on the menu, the most famous is probably the Frappuccino.

What is the Starbucks Frappucino?

The Starbucks Frappuccino was introduced in 1995 and has been popular all over the world ever since. The Frappucino can also be seen in numerous pictures on Instagram. It is a mixed drink served cold, made of espresso, milk, ice and flavoured syrup.

Coffee Frappucino or another variety?

Starbucks offers the Frappuccino in different variations. The classic version is the Coffee Frappucino made with coffee and milk. Variations with caramel syrup, called Caramel, or with chocolate pieces and syrup, called Java Chip, are also popular. There are also Cream Frappuccinos, which replace the coffee with a cream base. Here Starbucks offers other flavours such as the Frapuccino Chocolate Strawberry, Vanilla or even Matcha Tea.

On Instagram, you often see the frappucino or coffee that users have ordered at Starbucks. But you can also easily make it yourself. The DIY Frappucino doesn’t require as much effort as you might think – and it’s cheaper than buying it at Starbucks every day.

With a DIY Frappucino, you can bring summer cooling directly into your home and make it exactly the way you like to drink it. For this you need:

– three shots of cold espresso, or 30 to 60 millilitres of strongly brewed filter coffee instead,
– 80 millilitres of milk, preferably 3.5 percent whole milk,
– one teaspoon of sugar,
– two teaspoons of syrup of your choice, such as chocolate or caramel and
– ice cubes or crushed ice to fill the glass.

First, prepare the espresso and let it cool to room temperature. Then add it together with the milk and the sweet ingredients, i.e. the syrup and sugar. Now all that’s missing is the ice: you need about one cup of ice cubes, but if you want to make a thicker Frappucino, you can use less ice.

you mix the Frappuccino in the hand blender. This takes about thirty seconds. You can stop once or twice to check whether the consistency is to your liking. When the Frappucino is ready, pour it into a large glass. Add a garnish of whipped cream and syrup for a real Instagram Frappucino.

Which Frappucino variations are there?

The best-known Frappucino variant at Starbucks is the caramel Frappuccino. Here you use one teaspoon of caramel sauce and three teaspoons of caramel syrup as sweeteners. The Java Chip Chocolate Frappuccino, also popular, replaces the caramel syrup with two teaspoons of chocolate syrup and adds two teaspoons of chocolate chips.
If you prefer it fruity, you can add a ripe banana or some strawberries to the blender. For a Frapucino Chocolate Strawberry, you can use the recipe for the Java Chip Chocolate. Topped with whipped cream and small pieces of fruit, these ideas make a great Instagram Frappucino.

The Pink Drink as the new summer drink

Of course, the Frappuccino is not the only thing Starbucks has to offer: The pink drink, which is limited to the summer months in the US, is currently all over social media. If you want to mix the fruity drink yourself, you need fresh or frozen berries, some coconut milk, cold hibiscus flower tea, crushed ice and a sweetener such as elderflower syrup or agave syrup.

If you want to learn more about the Pink Drink, click here.

First, fill a large glass with crushed ice and perhaps some frozen berries. Strawberries, blueberries and raspberries are especially good for the Pink Drink. Then fill the glass about three-quarters full with hibiscus flower tea. You can buy it ready-made or brew it yourself from the flowers. The only important thing is that it is cold.

Depending on your taste, you can sweeten the drink with a dash of elderflower syrup or agave syrup. Then add the remaining berries, fill the glass with coconut milk and stir with a long spoon. That’s it! By the way: If you like smoothies, you can put the ingredients in a blender and puree them instead.

Starbucks is the largest provider of coffee specialities in the world. Since 1995, Starbucks has offered the so-called Frappucino, a mixed drink made from espresso shots, milk and sweet syrup. Crushed ice cubes or crushed ice ensure that the drink stays cold and creates a refreshing feeling when drinking it.

To make your own Frappuccino, put espresso shots in a hand blender with milk, syrup, sugar and ice cubes. Add different syrups and fruits to make variations such as caramel, chocolate or chocolate-strawberry Frappuccino. Blend the ingredients for about thirty seconds and keep checking the consistency. Garnish your glass with whipped cream and your favourite syrup for a real Instagram Frappucino. 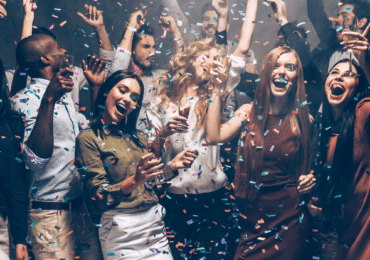 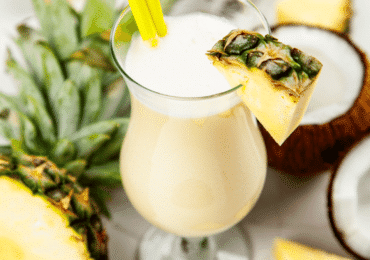 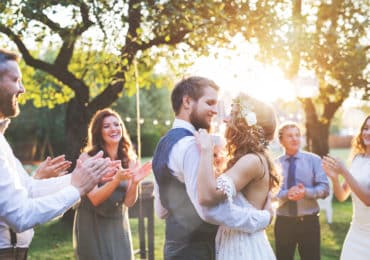